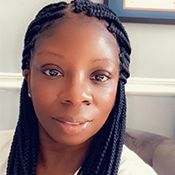 Hope Burgess has been with Banana Kelly Community Improvement Association since 2005. She came to us as an intern who was in the process of completing her requirement for a Bachelor of Arts Degree, with a concentration in Social Work. At Banana Kelly, Ms. Burgess began as a receptionist; moved positions to work directly with our residents, eventually being promoted to Director of Family Services. From there, she went on to become Director of the HUD-funded, Supportive Housing/Rental Assistance Program and then as Banana Kelly’s Director of Program Operations before being promoted to Chief Operating Officer. Ms. Burgess was named President and CEO on January 1, 2019. Ms. Burgess has direct experience in every program that Banana Kelly Community Improvement Association, Inc. has undertaken over the last fifteen years.