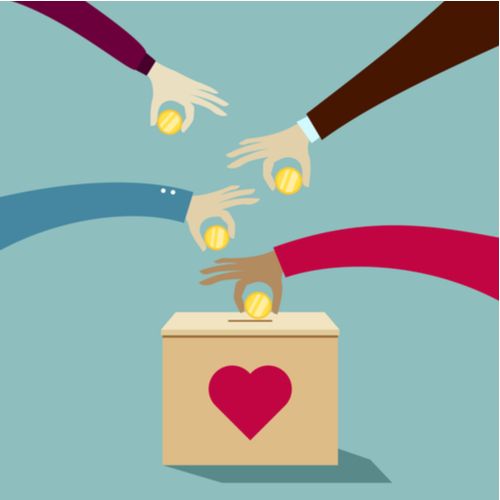 Giving to nonprofits is down, especially small and mid-sized gifts.

And increasingly, large – what are called mega gifts – are carrying more and more of the load.

Is this good – or bad? What does it mean for those of us on the front lines of relationship-based fundraising?

And, in a development not often mentioned in recent analyses, how is the increase in small and medium-sized political donations affecting nonprofit giving?

In the just-released Giving USA 2018 report, last year’s trend continues: Nonprofits are getting more and more larger gifts, and fewer under $1,000.

· Start From Somewhere: Fewer gifts made very likely means fewer first time donations. But that doesn’t mean we should stop reaching out to new prospects to “try us out.” Those initial donations open the door to cultivation that might, eventually, result in a larger gift. Don’t give up on attracting new prospects – if you don’t have feeder gifts, there’s nowhere to grow from.

· Day-In, Day-Out: Concentrated wealth, the kind that makes “Transformational gifts,” from the very wealthy can be a game-changing point in a nonprofit’s development. But most of us are fueled by smaller, but habitual gifts we can count on, year after year, to more fully carry out the quality work which distinguishes our approach to mission.

· Spread it Around: Mega-gifts usually (but not always) involve long periods of gestation and courtship, deepening commitment, an “ultimate” loyalty. It’s less about donors making multiple commitments to agencies they like and respect, but don’t want to marry. But we need those types of mid-level loyalties as well – we can’t live only on the most intense, exclusive relationships.

In short, we need donations of all sizes and commitments to have a healthy donor pyramid – lots of small, loyal, but sometimes distant donors at the bottom of the pyramid; curious and questioning ones in the middle; and the most passionate and engaged at the top.

Yet at the same time as small and mid-level donors are migrating from nonprofit rosters, they’re moving over with the same passion for change to influence political campaigns (and demonstrate their concerns on social media). Indeed, one of the factors influencing who’s in and who’s out in the first round of Democratic candidate debates is their number of donors – It’s as if small donors have tuned into influencers in the political sphere (perhaps replacing their standing in the social sector).

Yet their very concerns, properly engaged, might bring them back to donating to nonprofit causes addressing those same issues.

While respecting the tremendous need for “small money” to balance large contributors in politics, what can we nonprofits do to hold our own with this competition?

· Listen, listen, listen: Giving is about values. As nonprofits, we don’t have to reach hundreds of thousands of prospects if we are strategic. We can take time to listen to our small and mid-sized donors, and make sure we understand their values – and that they get the message how supporting us feeds those values in the lives of those around them.

· Promote Donors as Insiders: We can have personal relationships with our donors that politicians, at the scale they’re operating from, can only dream about. They may have reach – but we have depth. And depth promotes staying power. We can let our donors know they matter to us in personalized, non mass-market ways.

· Refer to Shared History and Concerns: We have a lifetime of caring for young people, seniors, animal rights, so many individual causes that reflect our donors’ lifelong held values. We wear our hearts on our sleeves (usually) – donors don’t have to search for position papers to know where we stand. We’re not looking to convince a donor that values like equity and racial justice are important if they’re completely uninterested – instead we’re looking for those who share those values to understand how investing in our nonprofits will further what they already care about. We’re on the same side.