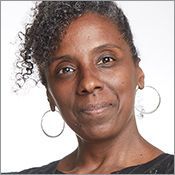 Esther Alixisa native New Yorker. She joined Sadie Nash Leadership Projectin the summer of 2018 and brings over 15 years of experience in fundraising -working in various non-profits in New York City.Esther is also a writer, a short film producer, and a founding member of the writing group Voxvocis. She is currently working on a short story collection, coming out later this year. Esther received her BA from Hunter College.