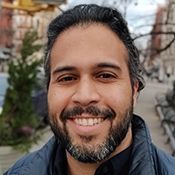 A native New Yorker who grew up in Brooklyn, John has over a dozen years of fundraising and organizational development experience ranging from grassroots to national nonprofits. As Director of Development at The Brotherhood Sister Sol, he manages the fundraising and communications efforts of a nationally regarded social justice youth development organization.Before joining "Bro Sis," John helped lead development at the Equal Justice Initiative, which during his time nearly doubled its budget and built two sites of national importance, The National Memorial for Peace and Justice, and the Legacy Museum.John earned his B.A. from Connecticut College, and an M.S. in Nonprofit Management from the Milano School of International Affairs, Management, and Urban Policy, where his thesis focused on racial diversity in the nonprofit sector’s leadership ranks.