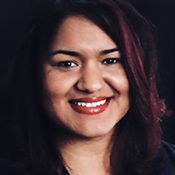 Originally from California, Barbara is a first generation American. Barbara learned about the importance of her community from her Guatemalan parents, who came to the United States in search for a better life. Deeply invested in social justice, Barbara organized with Service Employees International Union locals in CT, MA, RI, MN and CA. There, Barbara was able to empower thousands of health care workers, home care workers and child care providers to form unions and secure contracts. Barbara received an Associate Degree of Liberal Arts from Santa Monica College, Bachelor of Arts in Sociology from the University of California, Santa Barbara and a Master of Science in Labor Studies from University of Massachusetts, Amherst. In 2015, Barbara became the second co-founding organizer and built Make the Road CT. Her first undertaking was to organize the first parent committee where they launched their first successful campaign,In Our Language Please. Then as lead organizer, Barbara strategized, supported and implemented campaigns with members to fight for dignity, respect and a better quality of life. As Director, Barbara will take Make the Road CT to the next level of its work as a statewide multi-issues and multi-generational organization.