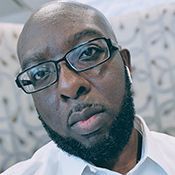 Robert is the New York Director for African Communities Together (ACT). Robert previously served as Director of External Affairs for NYSAFAH working to advance pro-affordable housing policies and also served as Director of Communications for State Assembly member Rodneyse Bichotte, where his work raised the Assembly member’s public profile and helped her strengthen ties with constituents and key stakeholders across her Brooklyn district. He has also served as National Director of Governance for the Actors’ Equity Association and as Campaign Manager and strategist for several successful New York-based electoral campaigns. As Legislative Director for the CUNY University Student Senate (USS), Robert helped to restore the New York City Council Merit Scholarship, which awarded $11.1 million in scholarships to students entering CUNY. Robert received a Master of Arts in Political Science, Urban Policy and Public Administration and a Bachelor of Science in Psychology and his Bachelor of Arts in Africana Studies, all from Brooklyn College. Robert is Ghanaian-American and a native of Brooklyn.