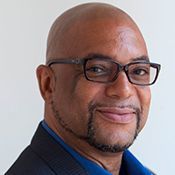 Stanley Richards is the Executive Vice President of The Fortune Society, a service and advocacy non-profit organization in New York City, founded by David Rothenberg in 1967.  The Fortune Society’s mission is to support successful reentry from prison and promote alternatives to incarceration. Stanley is a formerly incarcerated man of color with decades of experience in the criminal justice field.  In 2014, Stanley was recognized by the Obama administration as a Champion of Change for his commitment to helping individuals impacted by the justice system.  He also became the first formerly incarcerated person to be appointed to the NYC Board of Correction.  As Vice Chair of the Board of Correction, in June 2020, Stanley was appointed to lead the Working Group to End Punitive Segregation.  His other appointments include the Independent Commission on New York City Criminal Justice and Incarceration Reform, which released a blueprint for the future of criminal justice in NYC; the Working Group on Design, a subcommittee of the Implementation Task Force, to ensure effective implementation of the “Smaller, Safer, Fairer: A Roadmap to Closing Rikers Island” initiative; the NYC Commission on Community Reinvestment and the Closure of Riker’s Island; and other taskforces on criminal justice issues.