Who Will Do The Asking 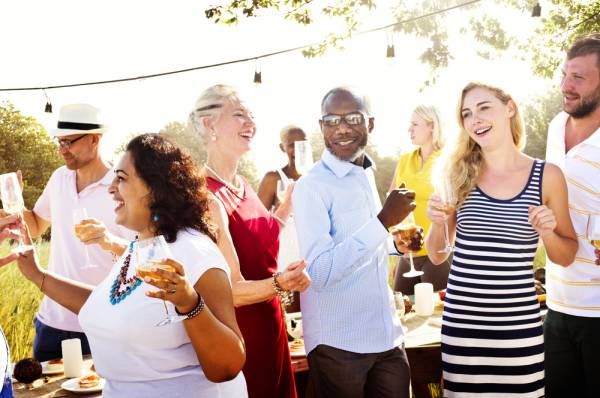 The most critical question in planning a fundraising event?

All questions that board members – and staff too – love to focus on when starting to think about a special event.

It’s…who will do the asking for us.

So many times nonprofits focus all their energy on planning a great event. For all the reasons events are terrific yet so fraught: they’re public; failure (or success) will be broadcast far and wide; and we think we know about throwing events because we’ve thrown a bridal shower/surprise party/yard sale/holiday gathering.

Nonprofit special events are different, though, for one critical reason – nobody “owes” a nonprofit corporation the courtesy of showing up.

It’s the people putting their muscle behind getting people to attend, that make the difference between resounding special event success or humiliating failure.

Staff can process the logistics, send the evites, track the responses – but most special events don’t fill up on staff connections alone.

It’s those event committees – the ones composed of people who’ve pledged to bring 6 or 8 or 12 attendees, or to sell 3 tables apiece – that fill the coffers to overflowing.

An example: A summer garden party held on the lovely lawn of someone’s vacation home. The “host” opens up their house, caters the affair, even provides open-air tenting in case of inclement weather. But who’s going to get people there?

Half the board members don’t have a presence in the area, and of those who do, a few won’t be there on that date, or for some other reason can’t participate. Leaving it at that – a garden party at a great site with a couple of board members sending out invitations – is a recipe for a sparsely-attended gathering with embarrassingly low-energy, and a (potentially) pissed-off host.

Contrast that with the same event – or even something not so high-class – that’s led by a highly-motivated crew of volunteers who are working the phones to make sure that rolling lawn is filled to the brim. Not only will that event raise more money, but the entire feel of the event portrays a successful organization. “If they can throw such a hopping party, with this many people engaged, they must be a really terrific group” goes through the mind of attendees. Justified or not, having the moxie to throw a great event is coming led in people’s minds with being an organization people want to be affiliated with.