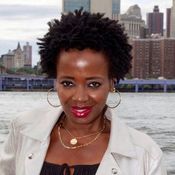 Sonya Shields joined the Cause Effective team in 2019 with over 25 years of experience as a fundraising, marketing and communications nonprofit executive. Sonya’s career as a Director of Development began at the National LGBTQ Task Force in Washington, D.C. where she doubled the organization’s budget from $2.5 to $5 million in three years. She has held the position of Director of Development for the NYC LGBT Anti-Violence Project, Astraea Foundation, Keep a Child Alive and the National Advocates for Pregnant Women. Most recently, Sonya held the position of Chief Officer for External Relations and Advancement at Brooklyn Community Services (BCS) for seven years. Sonya brought vision and energy into the position and took the organization to another level of visibility – engaging celebrities, influencers, corporate executives, younger donors, and building its volunteer base – and her leadership in development and communications played a key role in the organization receiving the 2017 NY Nonprofit Excellence Award.

Sonya has also worked extensively as a consultant, providing services to more than a dozen nonprofits including: Children of Promise, NYC, Partners for Dignity and Rights, Rainbow Railroad, Washington, D.C. Tennis and Education Association, Interfaith Center on Corporate Responsibility, National Black Justice Coalition, Citizens Committee of New York, and many more. She has served as the Development Chair on numerous Boards of Directors and is currently on the Advisory Council of Gender & Family Project, Board of Directors for the American LGBTQ Museum, Lead the Way Faculty with the Center for Research and Policy in the Public Interest at the New York Women’s Foundation, and serves on the Nonprofit Excellence Awards Selection Committee. Sonya received a B.A. in Public Relations at Howard University.